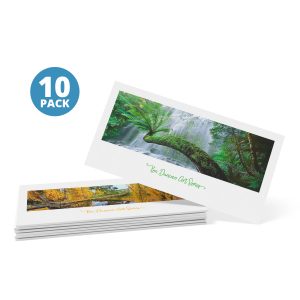 View cart “Photographer’s Choice” has been added to your cart.

These premium-quality greeting cards are printed on watercolour-style art stock with a modern, matte finish and they are left blank inside, for you to add your own message.

Your will receive 6 cards in total – 2 of each Easter greeting card.

All cards are supplied with envelopes.

For most people a visit to the Mount of Beatitudes centers upon a church, but I was much more fascinated by this beautiful field of flowers. It stretched out in front of the church down the slope towards the Sea of Galilee. What a fitting memorial for the area where Jesus is believed to have preached his famous Sermon on the Mount! Just as seed sprouts and blossoms, so Jesus´ words on that day have borne fruit in the hearts of millions of believers. It was blowing a gale when I arrived here at sunrise for this shot. But then there was a moment of calm and I was able to capture this unforgettable view.

This awe-inspiring statue in Rio de Janeiro has always fascinated me. Wanting to shoot it from the air, I booked a helicopter with doors off, for an afternoon flight. As our pilot was preparing the chopper, he told us he had heard that the statue was obscured by cloud and we might not see anything. I responded, “You’re here; I’m here; let’s go.” So off we went. There was a lot of cloud, but as we hovered trying for a glimpse of the icon, the clouds began to part. And suddenly, Christ the Redeemer was ascending out of the clouds. This is a 4-image stitch, as I wanted a panoramic shot to enlarge for printing. Later, as I was preparing the image, a friend told me it was taken on Ascension Day. Some would call this coincidence. But for me, it definitely gives this image the 4th dimension.

Sunrise bathes the modern town of Bethlehem in a heavenly glow – a fitting tribute for this most famous of ancient locations. As the birthplace of Jesus, this is a town steeped in history. The spire of the Church of the Nativity – which commemorates the exact spot where Jesus is believed to have been born – lies just to the left of the main spire in this picture. In the background, just to the right of the main spire and looking like a small volcano, lies Herodion, a massive citadel-palace built by Herod the Great. Only a ruin of Herodion remains – a great irony given that Herod sought to destroy the infant Christ. These days it is Jesus, the baby born in this town, who is venerated as the greatest of kings.